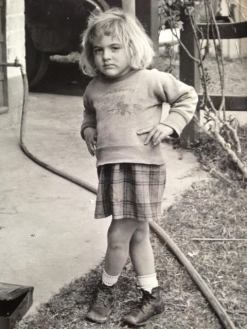 I’d flirted with the idea of being vegan for awhile. Here’s a poem I wrote four years ago which pretty much summed me up.

I want to be a vegan

as an act of kindness

But I love bacon

I love people who

and don’t  question themselves  left and right.

I don’t want to be the problem dinner guest

wear the complexion of pale virtuousness

Somewhere between  jewish   buddhist and tao-ist

vegan and lover of bacon

And then, a year ago, I made a decision. My lab test numbers kept rising and I was rapidly approaching full on Type 2 Diabetes. Eventually I hit it!  HbgA1c 6.5.   Diabetes.

One thing I know for sure is that it’s hard to change any habit.  But eating?  That one kind of takes the cake (bad pun intended).  I’ve never been addicted to anything (except my eating habits), so personally I don’t know how hard it is to kick cigarettes, heroin, or coffee — No doubt it’s hard.  Personally I do know it’s hard to change food habits. Really hard. I started slowly to shift what I ate and what I no longer ate.

I got through the hardest part — the first eleven months or so — by watching a lot of inspiring documentaries about food.  Here’s a short list of some of my favorites. (There are SO many more).  You can find these on Netflix or Amazon Prime or other viewing sites.

I  had some great support from an excellent nutritionist at Kaiser San Francisco.  It was still hard.  Hard when I was emotionally hungry. Hard when I was eating at friends’ houses and they were serving food mostly Not on my diet. Hard in restaurants.  Hard!

It helped to find a number of blog sites that had some really good recipes and beautiful pictures of healthy food. I would often have to tweak the recipes, but  it was easy and ultimately delicious.

I decided not to care about  people who judge others who are gluten-free or vegan.  I decided I could no longer afford to worry over other peoples’ opinion of me.  That was hard too.  I’ve always cared about peoples’ opinion of me, so it doesn’t come naturally not to care.  Still it’s probably part of growing up and therefore probably a good thing.

Eventually I felt the need for a more systematic approach to understanding how nutrition works and how it was impacting my health.  I asked my nutritionist. She recommended several programs.  I picked one.  An online course from Cornell University called Nutrition and Society.

I started it this past week.

Several months ago I had an aha! moment about the way we eat and how everything is inter-connected.  It was this.  We could fix a lot of major problems in the world if only humans decided to eat a whole food plant-based diet. I’ll call my aha moment The Five Wins.

By eating less (or no) animal products,

Well, for one the animal agri-business industry.  Which apparently is SO strong that even environmental organizations like Greenpeace, Rainforest Action Network, Sierra Club, and many others won’t take them on.  Watch the documentary Cowspiracy if you want to get a sense of the danger involved in taking on that industry. (Watch the activists body language, and listen to what they say and don’t say. The statistics and their impact are known; why are brave activists afraid to speak out on this when they will on so many other environmental concerns?) Here’s the film trailer.

Also, people love their meat, cheeses, butter, eggs, and especially their bacon!  I loved my bacon so much I wrote a poem about it! I had weaned myself away from most meats (because of the nightmare animals endure) but I liked meat, and totally understand why people are reluctant to give all this up. It helped that I was motivated as hell.

Because… me and medication?  We’re not a good match.  Also as a nurse, I know that things don’t go well for patients with Diabetes even if they do take medication.  Medication slows the progression of the disease, but it’s not a cure.  Eventually  many of the bad things that can happen to a Diabetic will — kidney failure, blindness, impotence, heart disease, amputation of limbs. Trust me. It’s not pretty.  Knowing where this illness leads, wouldn’t you avoid it or get rid of it if you could??  Turns out you can.  With a whole food plant-based diet.  I am actually reversing my disease. And wow, is that empowering!

I’m taking this nutrition course.  The lecturers are excellent.  The material is fascinating.  And that idea of the Five Wins I mentioned earlier… well, I didn’t know the half of it.

I want to understand everything I can about whole food plant-based nutrition so that I can not only help myself, but maybe I can help you too, or anyone who wants support… because really, seriously I know that a person making a change like this needs support.

I LOVE good food. I imagine you do too.  It has to be yummy; otherwise I feel deprived. Turns out a whole food plant based diet is not only good for you; it’s actually super delicious. Also not that hard to make, and not expensive. I’m always coming up with new things that are healthy and delicious. The delicious part is important. Eventually I hope to be sharing food pics and recipes here too.

As I have written before it turns out the personal is political.   At first I thought Now is not a good time to take a nutrition course when I need my energy to be politically active and resist the horrific appointments and policies coming out of Washington.  But once I started the course, I started understanding so much more deeply how the way we eat and what we eat is 100% connected to whether we, as a species, can survive the crisis of global warming.  Not that there aren’t other issues.  There are. Plenty.  But this one is central. And time critical.

Trump is the wake up call for our political body. Global warming is the wake up call for our planet’s body.  If we don’t get it earlier, a diagnosis like Diabetes, Heart Disease or Cancer can be our own personal wake up call. In saving our own body  (with a whole food plant based diet) and understanding why, we can help save the planet’s body too, and give our self optimal strength and energy to fight to re-gain a democracy for our political body.  See?  Win, win, win.

ps.  Though neither includes animal products, there is a an important difference between veganism and a whole food plant based diet. I will talk about this in my next blog post.

7 thoughts on “Win, win, win… my personal (and political) story.”