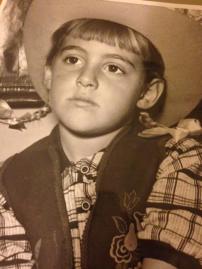 My Air France flight 0084 landed at SFO with a bumping thud, reminding me of the tremendous weight (the airbus A380 is ginormous —one million, two hundred thousand pounds) of  plane carrying over 400 passengers, reminding me to wonder how we ever got off the ground in the first place. I was relieved and happy to have that eleven hour flight behind me.

I was pretty sick with some kind of viral-y thing, had been for 4 days.  My good friends Larry and Christine had offered to pick me up at the airport. I was so grateful for this kindness, and looked forward to getting home, going to bed.

Sick as I was, the first few days are a bit of a blur. I remember my daughter Anna and her boyfriend were here some of the time.   They arrived the same afternoon from NYC to attend a friend’s wedding in San Francisco.

A few days later, I took them to the airport.  I was slowly recovering from the illness. What continued wasn’t so much jet-lag, at least as I perceived it, as a general malaise about being home.  I hadn’t anticipated that my beloved city where I have lived for 48 years, the much lauded San Francisco, was going to look and feel so shabby in comparison to France.  Really. I hadn’t expected that.

I had also forgotten (though I have a pretty good network of friends) how incredibly busy everyone is here. I probably feel this way largely because I’m retired and have more free time than most of them, but seriously, I think my friends and neighbors must be some of the busiest people in the world.

Also, before France, there was this guy I had “met” online and had gone out on one date with. It was a rare date, first of all because I rarely, really, rarely date, but also rare because I had actually enjoyed his company, and he, mine.  I know this because he emailed me twice before I left for France to tell me.  After France, he wrote to let me know he’d met someone else.  Yeah, well…

So, I’m in my Jubilee year, wherein, I have deemed all things are possible.  Last March, I’d come up with ideas for a happier more meaningful life.  Start and write a weekly blog. Check.  Take the necessary courses and re-new my nurse’s license (after being retired for 13 years, and letting my license lapse 3 years ago).  Check.  Have an adventure in France. Check.  Start seeing a therapist.  Check. I was feeling good.

Like that Air France plane belly-bumped/thudded a landing,  I belly-bumped/thudded back into my daily life. Relief to have my own bed,  my own bathroom soon morphed into irritability, resentments, sadness, and worst of all, most of all,  feeling lonely.   The thing about loneliness is you feel like you’re the only one. Even though you totally know you’re not.  And you feel incompetent (though I know I’m not).  And there’s some shame too, because, yeah, if you were “worthy” this wouldn’t be happening.

Thank goodness. Maria (Popova), Pema (Chodron), Brene’ (Brown), and Sherry (Turkle)  all arrived in the nick of time. Ok. It was via FB, email, and Twitter. But better that than nothing.  Addressing the same topic from different perspectives.  Sherry Turkle’s TED talk was painfully on point.

Pema’s was the most challenging.

Pema:  “Usually we regard loneliness as an enemy. Heartache is not something we choose to invite in. It’s restless and pregnant and hot with the desire to escape and find something or someone to keep us company. When we can rest in the middle, we begin to have a nonthreatening relationship with loneliness, a relaxing and cooling loneliness that completely turns our usual fearful patterns upside down.

There are six ways of describing this kind of cool loneliness. They are: less desire, contentment, avoiding unnecessary activity, complete discipline, not wandering in the world of desire, and not seeking security from one’s discursive thoughts.”

Pema’s description of cool loneliness is an intriguing concept, very dharma-based, of course. Which means sensible, but challenging, the opposite of easy.

Brene’ Brown, in an excellent interview with Krista Tippett, (scroll down to bottom of the Brain Pickings article here to listen) . In this interview Brene’ said she is most successful and transparent when “I stay very aware of what kind of armor I’m throwing up when I feel afraid”.

When it comes to loneliness one wants to pile on the armor, first of all, by not even admitting  it to oneself, let alone anyone else, thereby further isolating.

Then Brene’ says: “Most of us are brave and afraid in the exact same moment all day long.”

In other words, we may be lonely, but we can still be warriors in the same moment.  Personally I see myself as a warrior, but, maybe this is contradictory to “cool loneliness”.  On the other hand, maybe we are at our most brave when we have the wherewithal to sit still with our own freaking out mind. Keep it company ’til it cools down. A different kind of warrior.

In another Brain Pickings essay, Rethinking the Placebo Effect: How Our Minds Actually Affect Our Bodies, Maria Popova shares some research on how it’s not the size of one’s social network that matters in terms of the negative health consequences of loneliness, but rather one’s self-perception of feeling lonely.

Maria writes: “though solitude might be essential for great writing, being alone a special form of art, and single living the defining modality of our time, loneliness is a different thing altogether…”

She quotes Chicago psychologist John Cacioppo, who has dedicated his career to studying how social isolation affects individuals:  “Being lonely increases the risk of everything from heart attacks to dementia, depression and death, whereas people who are satisfied with their social lives sleep better, age more slowly and respond better to vaccines. The effect is so strong that curing loneliness is as good for your health as giving up smoking.”

Speaking of meditation as a helpful practice, Maria says, “I wholeheartedly recommend meditation teacher Tara Brach, who has changed my life.”  Ditto.

Since I’m a warrior for good health, you know I’m a warrior to end loneliness.  This battle feels a little like fighting the Taliban. Like the Taliban, my bad feelings just keep coming back with their retrograde ideology.  No one said it would be easy.

I write the truth of this experience not to receive sympathy, pity, or advice, but  because it’s my truth. It’s also bigger than me. I’m not alone in experiencing these feelings.  I know I’m not alone.  If we all pretend we’re fine when we’re not… If we text “hey, everything’s fine. how r u?” If we suck our true feelings up all the time… If we allow shame…  Not only are we practicing self-abandonment. We are dis-honest, and we further isolate ourselves. Yes, maybe…  No…  Definitely,  we should be doing something different. But so should society.

I remind myself this is my Jubilee year. My new to-do list? 1) find myself a partner 2) find meaningful work, hopefully paid, and 3) find community.  Not necessarily in that order. All of these have actually been on my list for forever (and if any of you has a lead on any of these fronts, I hope you’ll let me know). As I get started attending to my new list, I also want to sink down into transforming hot loneliness into “cool loneliness” with Pema. Contemplate her teaching.  As Rumi (or Ram Dass) would say “Hello loneliness. Come in, let’s have tea.”