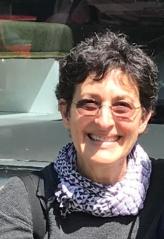 Day two, today, of my great European adventure, I spent one night, last night at the Rho Hotel just off Dam Square in the heart of Amsterdam’s City Center, which means throngs of tourists, every one in a hurry, most of them not knowing where they are either, and whether tourist or local, not wanting to be bothered by a lost and confused tourist like myself.

I bared my slightly bloodied self on Facebook and got lots of love and affectionate support from my friends which I’m so grateful for, with a little helping of advice.  I suppose I seemed lost enough to need advice.  I don’t blame anyone. I tend to offer unsolicited advice myself all the time, wishing I didn’t, but it’s a habit that dies hard, especially for those of us self-charged with taking care of others.

The advice, while diverse was all good. The only problem with it is that it wasn’t exactly where I was at.  Therefore, it was hard for me to make use of.  It made me feel like I should be different than I was. That I should do something different.  Be more one way than another, eg. the way I was. Fucked up. Not my fault that I was fucked up.  Everyone agreed on that.  I had suffered two sexualized assaults in one day.  I think most can agree that’s not easy to accomplish. One in San Francisco, the other in the economy section (eg seats way too close to each other) on a KLM plane, en route to Amsterdam, over, oh, about Ireland, I’d say.

The morning of the second day in Amsterdam, today,  I awoke wondering how I could get out of the funk I was in, the sadness I felt traveling alone (and threatened), and being in a strange, rushing about city, that didn’t seem to have time for my alone-on-a-street-corner questions of where’s this and where’s that.  I didn’t even ask, What the fuck am I doing here? which, I wouldn’t really have expected anybody to have the answer to, in any language, but which was sort of the real question.

The morning of the second day, I was contemplating why I couldn’t just “clean the vomit off me” (one of the pieces of advice I received from a most glorious, wonderful person) as two wise monks  had once taught those in situations not that dissimilar from mine, or perhaps even worse. Who knows?  Plenty of people have to survive and get on with a life a hell of a lot tougher than my own.  I don’t know what I’d do in their situations.  I didn’t even know what to do in mine.  Just that I was feeling inadequate, found wanting, by dint of the fact that I wasn’t “bucking up” or being positive, or cleaning off the vomit quickly enough.

I think I might have felt better if I could have put on a pair of boxing gloves and had a go at punching Donald Trump in his ginormous greater omentum, without having to face prison time for my self-therapeutic notion.  And let me say here in terms of the size of anything that I care not one whit about his tiny hands or his possibly tiny penis.  In fact I hate that whole idea. And I don’t mean to be slamming anyone else with a large greater omentum. Just Trump.  What I do care about is the enormity and specificity of his early childhood trauma that so fully disassociated him from his soul and the capacity to join head and heart in any life decision, a childhood that so stole his sense of self that no matter how grandiose his pretense, he will forever chase the dream of being loved and valued like a dog chasing its tail into eternity.  This is a sad plight for any human, and many of us, to one degree or another, are in it, though in less extreme versions.  Still the extremity of Trump’s need to find some perverted version of love and importance is such that there is no degree of destruction he is not willing to wreak on an entire world, from individual lives destroyed to the potential destruction of a large relatively democratic nation to the destruction of the entire habitat of all Earth’s creatures.

Instead I decided to venture out into Amsterdam.  I’d received lots of suggestions for good things to DO in my two days here.  Mostly museums — Van Gogh, the Rijksmuseum with Vermeer and others, the Jewish Museum, and the Ann Frank House (I do have a ticket for that my last day in Europe after my other travels).  I heard about day long outings to Utrecht and Haarlem, and a cat museum that sound interesting and fun.  But what I really wanted was to see something of Amsterdam that was not all about tourism or going into a building to see something.  I wanted to see Amsterdam.  I wasn’t sure what I meant.  I asked the woman at the front desk.  She looked perplexed.  You want to see just a regular neighbor? she asked.  Nothing special?  Just a cafe?  At that point I didn’t include that I’d like it to be a vegan cafe.  I thought that would probably have added a layer just a little too special.  She dubiously offered me a street nearby where she lives.  Take the 24 tram to Olympiaplein. Get off.  Find a street called Marathon Road (however you say that in Dutch), and walk down it a ways.  You’ll find a couple of cafes.  She did not seem excited about her share.  But after all I had asked her, and I had nothing better to recommend to myself.  In fact by then it was pouring, and I was glancing back at the elevator thinking I might just as well return to my room…